A bit of everything

In this Tutorial i´m going to create an Android app to display the Google Maps on a Fragment. Also i´m going to set a marker on an selected position. 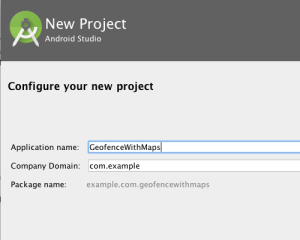 For the sake of this tutorial we set the API Level to 22, but lower Levels should be fine, too. 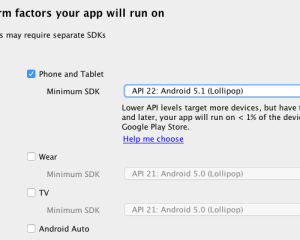 Because I’m going to extend this app in further blog posts, I choose the Navigation Drawer Activity template. 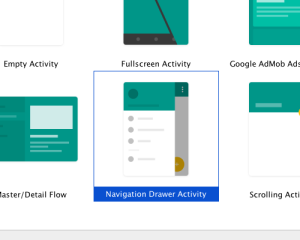 In the next step, I stick with the default naming, but MainActivity would be a suitable name as well. 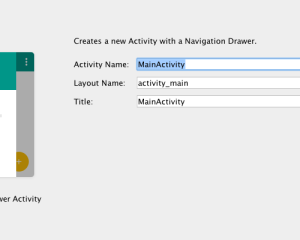 What else? Before starting do some config stuff….

To get access/receive maps you have to add permissions and meta-data to your AndroidManifest file.

and add this lines into google_maps_api.xml

In the Navigation Drawer Activity initial you have a lot of unneeded junk. I remove the most and just let one menu item called Maps. 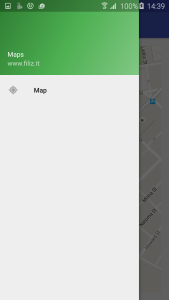 Adding a new layout map.xml and create a MapView

In the next step we initialize the map in MapFragment.java.

Now you should able to see the Map in the App. 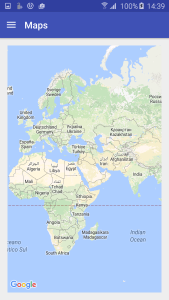 Additional i´am going to add a marker and zoom in to it. You can set the zoom level between 0 and 19. 0 = lowest zoom level (whole world) 19 = highest zoom level (so near as possible)

Just add these lines into the onMapReady() method: 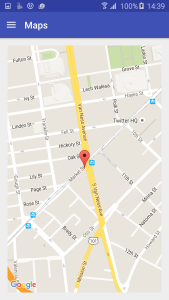 In the next Tutorial i´m going to add Geofence and visualize that in the Map.

You can find the SourceCode here on GitHub.